Fingerprinting analysis will identify the sender of malicious mail and hate mail - call us on 020 7158 0332 or email info@ukfingerprint.co.uk

Malicious Mail can be emotionally wounding, regardless of it's content. The sender relies upon anonymity to increase it's damaging effects. It is often the case that a recipient will have an idea as to who has sent it, but is unable to prove it. This is where fingerprinting will help identify the perpetrator 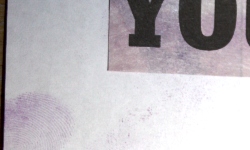 Latent Fingerprints on paper surfaces can last for years. Invisible to the naked eye, chemical and other treatment can often reveal them, allowing identified prints or partial prints to be compared to a specimen example which may be a sample belonging to the suspected perpetrator

It is common that even the most careful hate mailer will slip up and leave a print somewhere, regardless of how careful they may have been. we fingerprint many items of hate mail for evidence

Hate mail is usually anonymous, but if it can be traced the sender can also be prosecuted under the Malicious Communications Act 1988 which makes it an offence to send a letter or other article which conveys an indecent or grossly offensive message or a threat, or which contains information known to be false, where the purpose of sending it is to cause distress or anxiety

Fingerprint evidence is based upon two basic principles:


There are three types of fingerprints that can be analysed - Latent Prints, Visible Prints and Plastic Prints 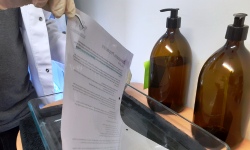 Call us regarding Hate Mail and Malicious Mail on 020 7158 0332 or email info@ukfingerprint.co.uk

Our company are experienced fingerprinters, winning awards in business